Winter in Colorado is magical. The town of Breckenridge, with it’s charm, friendly locals, and walking access to the mountain brings back nostalgic memories of family vacations with my grandfather who was a ski instructor in Sun Valley, Idaho. In my mid twenties I worked in the snowboard industry and traveled frequently to Whistler, Utah, Jackson Hole, Lake Tahoe, and Mammoth Mountain in addition to local haunts at Mt. Hood & Mt. Bachelor. After a ten-year hiatus from snowsports while focusing in the food, wine, & spirits industry I’m now drawn back to the outdoors in a quest to balance these passions.

I arrived in Denver on Feb 1st, which happened to be the coldest day on record for that date (the high was 1 degree below zero Fahrenheit with a low of minus 17). Luckily the Hotel Teatro, a historic boutique hotel in the heart of downtown theatre district, is just blocks away from breweries, distilleries, restaurants, and bars with a free driver service anywhere downtown: http://www.vistatvdenver.com/detail/hotel-teatro. 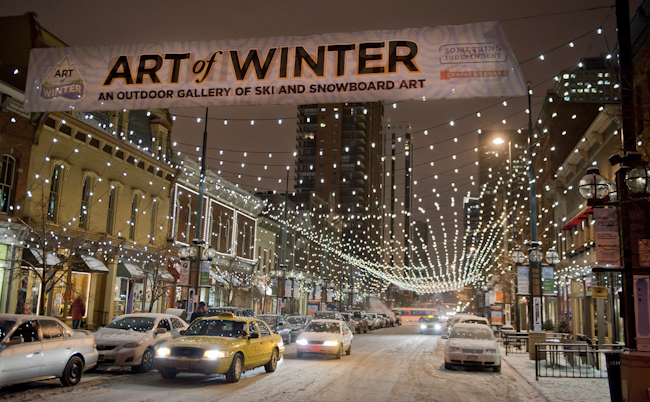 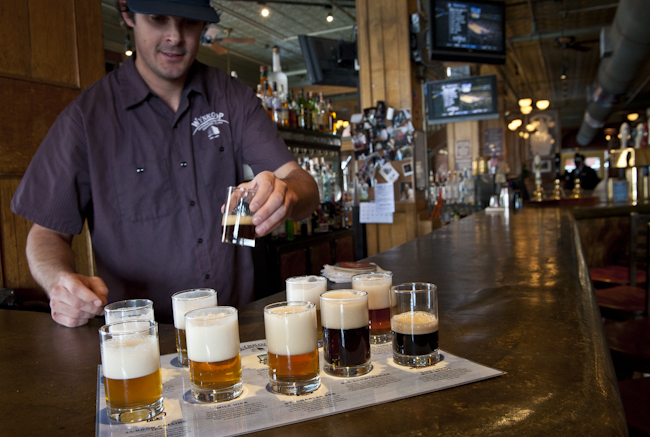 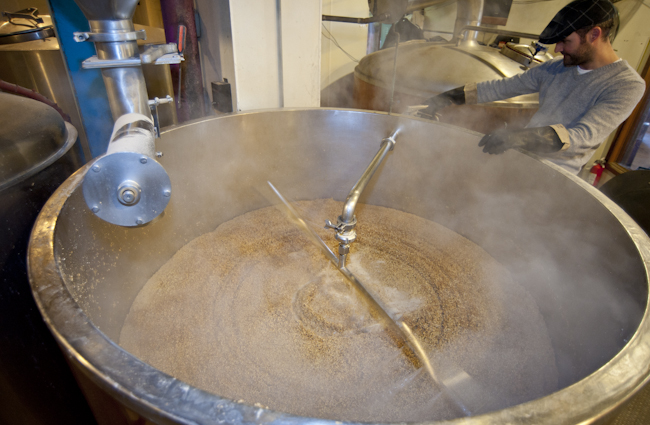 Denver is more than a gateway town to the mountains; it was the perfect way to warm up with tours to breweries, distilleries, and restaurants focusing on local & artisinal crafts. I’m spoiled with a plethora of these options in my hometown of Portland, but I’ve found a few new favorites to add to my list.

Wynkoop Brewing Company http://www.wynkoop.com/, Colorado’s first brewpub, was founded in 1988 by the current Denver Mayor John Hickenlooper. The brewery, pub, lounge, and restaurant are inside the beautifully restored 1899 J. S. Brown Mercantile Building. Each Friday brewmasters tap an old-school, UK-style, 10-gallon keg of cask-conditioned beer, a process which brings out the subtle aromas of the beer. For these “Firken Friday single night only kegs”, brewmasters combine a beer that has already finished fermenting with a second beer that just started fermenting a day ago, bung it off and the natural co2 from the yeast carbonates the new keg. They begun experimenting with the new craft movement of trying different spices, hops, and fruits to see what balances well long before its recent popularity. Their latest experiment combines Milk stout, Oregon raspberries, and roasted coco nibs – three of my favorite ingredients. 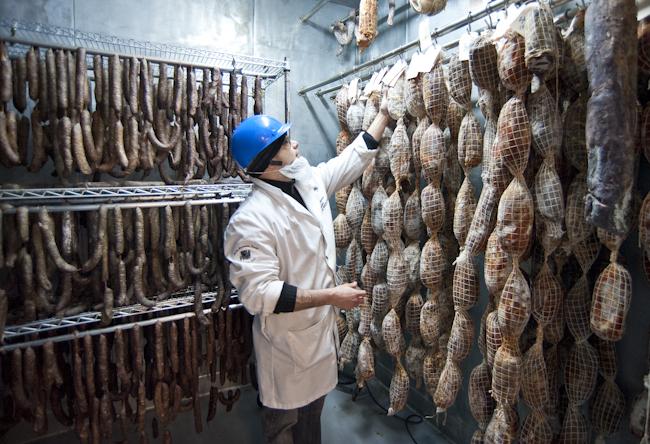 The Il Mondo Vecchi salumi http://mondovecchio.net/default.aspx is also a wonderful find, recommended by the distiller at Stranahan’s Colorado Whiskey. It’s not a retail store so call ahead, but it’s worth the stop to find true regional artisanal cured meats. He chooses to add no cultures or fermentation enhancers, but instead relies solely on age old practice and four core elements: Meat, Sea Salt, Ingredients (wine, spice, herbs), & Time. 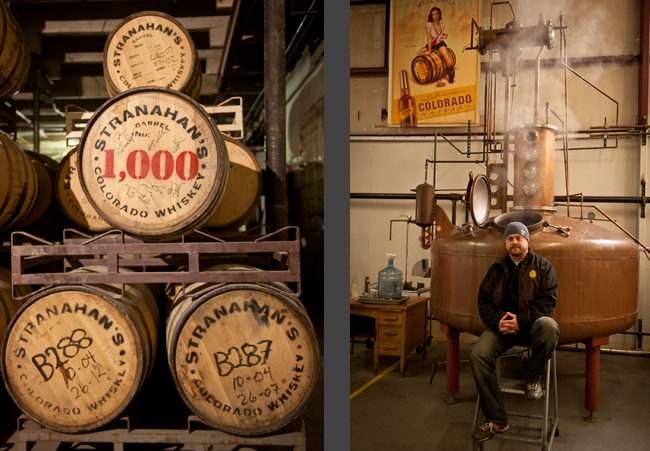 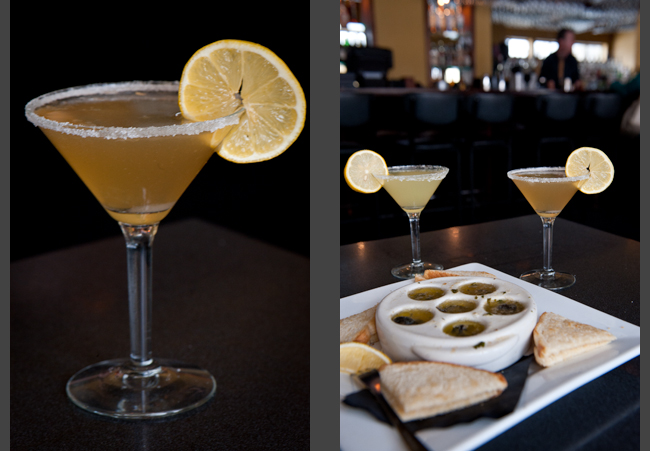 Stranahan’s whiskey http://stranahans.com/ was the most surprising gem I discovered. Portland is home to a group of talelnted craft distillers, so I wasn’t expecting to be blown away by such exceptional quality. Head distiller Jake Norris gave the tour; I was intrigued to find out they only distill six barrels a week and release extremely limited edition one-off bottlings aptly named Snowflakes. I enjoyed two samples of different snowflake series straight, each had very distinct bouquets and subtle nuances of flavor I don’t often encounter in more oaked styles. Stranahans was named Artisan Whiskey Of The Year by Malt Advocate 2010, Best small batch Distillery Whisky of the year in the book “2009 Whisky Bible”, and Best of Show – American Distilling Institute Louisville KY 2008.

After a few days of feasting and drinking I was ready to withstand the cold and get exercise. This season I’ve been enjoying the Vail Associates resorts included in their seasonal epic pass: it’s a great deal including unlimited access to Vail, Beaver Creek, Breckenridge, Keystone, Heavenly (Lake Tahoe), Arapahoe Basin, and Northstar-at-Tahoe. 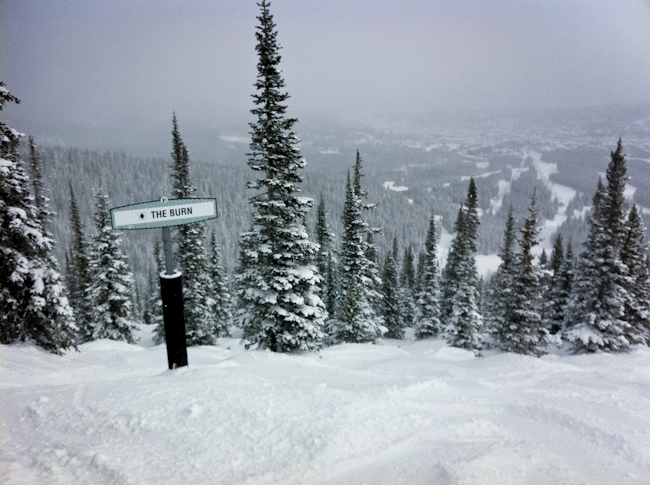 I wish I was in good enough shape to shred fresh powder in the backcountry all day, the weather had cooperated, and I had the extra $225 for the private snow cat access only terrain in the upper bowls. Full day tours of the bowls above the lifts and tree line look epic. The package includes a guide & catered lunch in their warming hut; definitely something I will look forward to on a future visit. However, for just $5 the outback shuttle will transport you to additional terrain you’d have to hike in most locations. Keystone includes an immense but easily accessible series runs between three mountains with 3,148 ski/boardable acres, 20 lifts, 2 gondolas, 3 mountains, and two villages. It’s a great place for groups of skiers and boarders of differing abilities, and although I usually avoid the main runs at resorts I must admit their grooming was exceptional.

The last day in Colorado my patience was rewarded with a foot of champagne like fresh powder that only the rocky mountain states can provide. Luckily I’d had a chance to quickly orient myself between the four mountains at Breckenridge resort with the assistance from a guide, whose tips proved invaluable for maximizing untracked runs the next day. On the powder day I stayed on Peak 10 since the crowds head to the gondolas on peak 9 or 8, and the top of peak 8 and 7 are more likely to have low visibility. There’s nothing like being the first on the mountain to enjoy floating on untracked terrain, which I managed for the first six runs up the Falcon Super Chair. It’s nearly impossible to get face shots of fresh powder with less than a foot of fresh snow on the west coast. When my legs began to quiver I used the daily updated terrain map to find black diamond runs that had been groomed immediately before the snow for steep and deep, yet smooth access. The plethora of happy hour bars and steam room / hot tub combo were the perfect finish to the day. Colorado certainly delivers on its promise of unbeatable resorts. 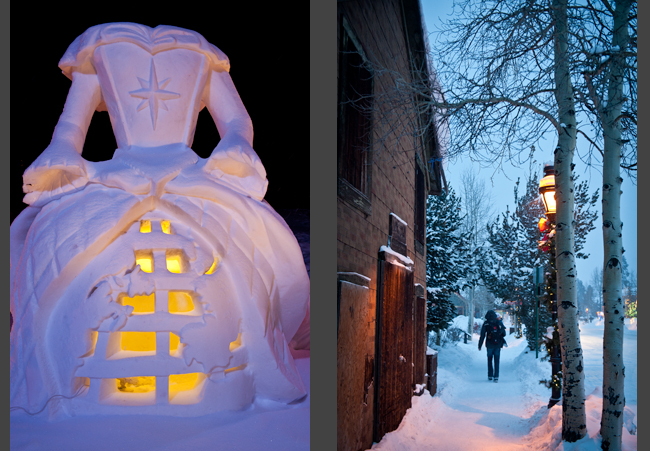 After a long day on the mountain luckily there’s a great selection of restaurants and bars within walking distance from the condos at the Village at Breckenridge resort and a quick shuttle at Keystone. A few favorite spots were the Ski Tip Lodge, which was built as a stagecoach stop in the 1880s and then was refurbished in 1940 into Colorado’s first ski lodge. The food and wine list are exceptional and comfy couches surrounding a roaring fireplace are the ideal way to relax with friends for desserts and drinks. Breckenridge brewpub is a very different, lively atmosphere with a good selection of beers on tap. Just watch out – the alcohol will quickly take effect at 9,600 feet, so pacing is essential!