Congratulations to all the wineries featured in this year’s Wine Spectator Magazine Oregon story – Here’s tearsheets from the hot off the press March 31, 2018 issue: 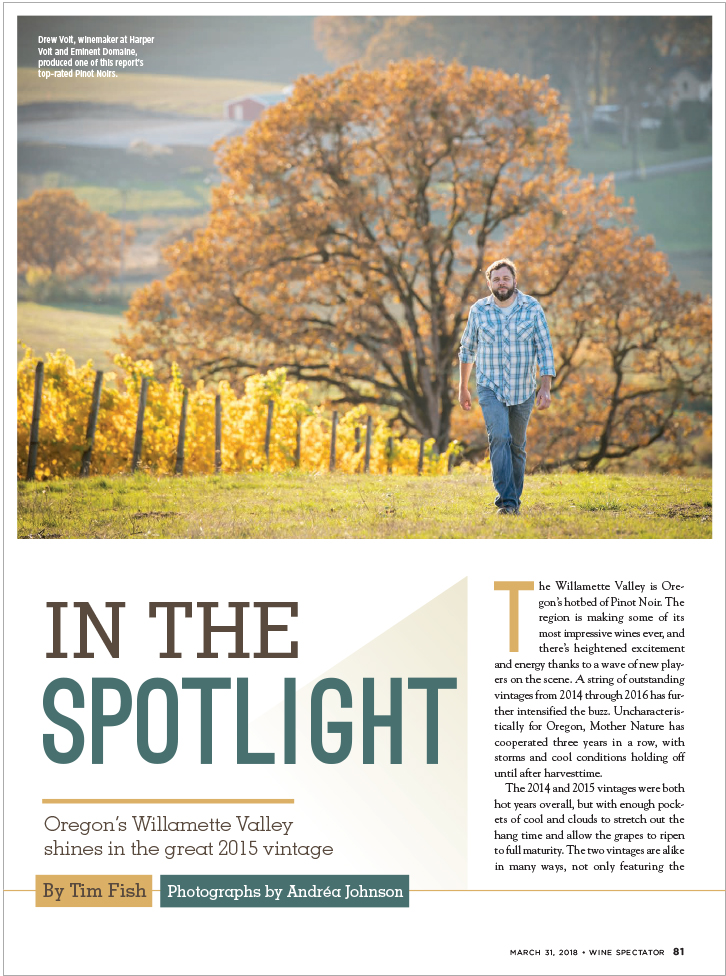 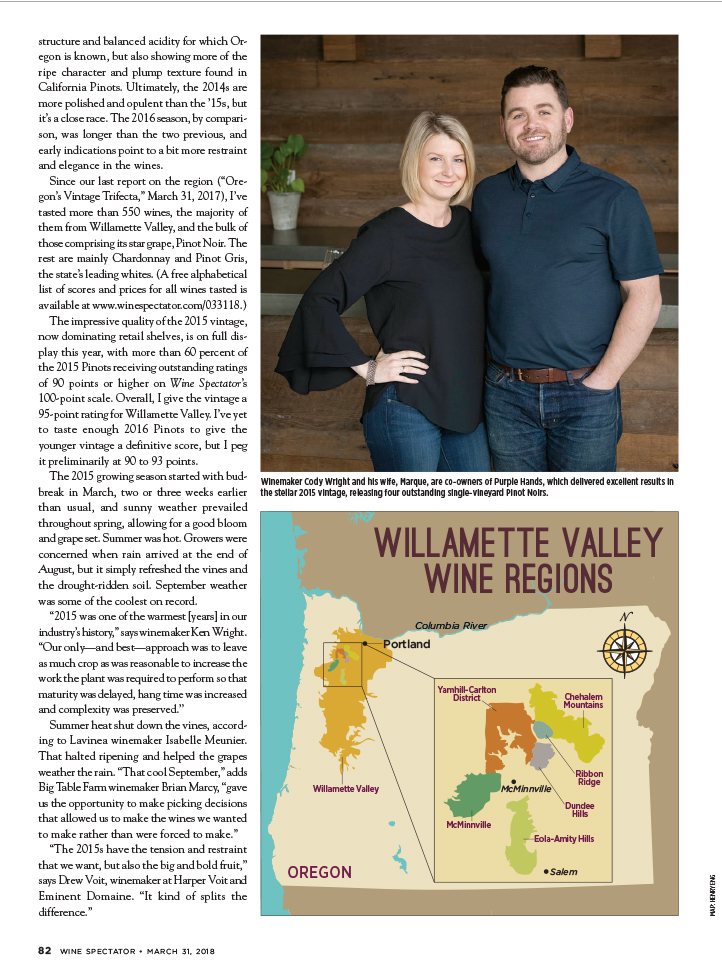 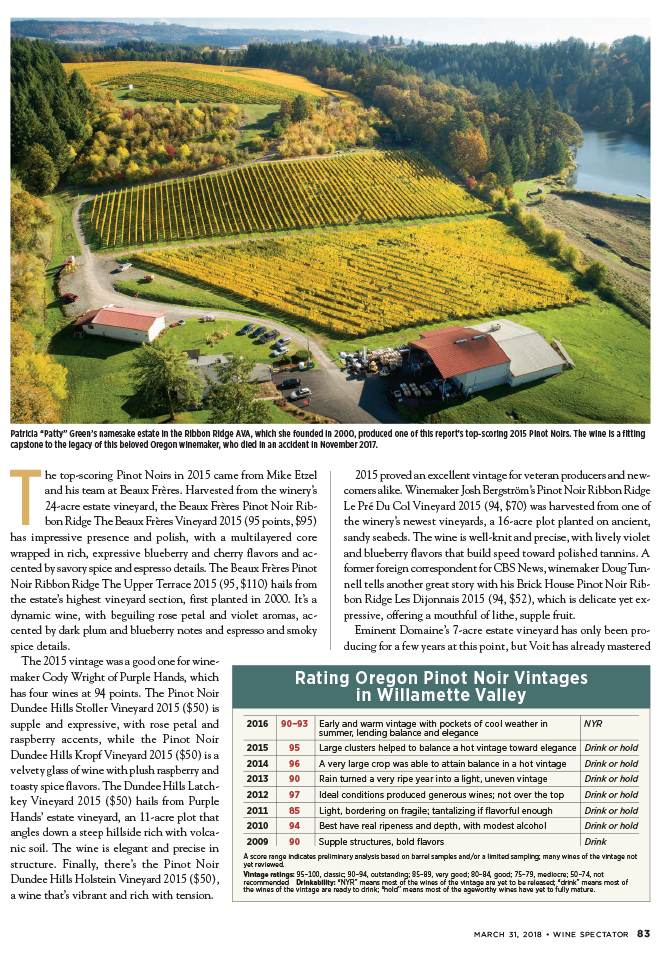 END_OF_DOCUMENT_TOKEN_TO_BE_REPLACED

Every time I share this story of Sa Mei and myself meeting in 2007, and coincidentally reuniting in 2017 I’m amazed and inspired by the power of photography to connect.  Sa Mei is a member of the Red Dao hill tribe and lives in a small village about a days walk outside of Sapa, Northern Vietnam.  We had met her in 2007 on the trail, and I was taken by her warm smile and welcoming face, asking her to pose for a photograph. We only had about 30 minutes to connect, and limited English to communicate initially but she made an impact on me and I saved her photo on my phone. In 2017, we were back in the same area leading a small group of photographers on a tour when we happened to run into Sa Mae on the trail.  As you can see from the two photographs, she looks nearly identical, but I wasn’t sure it was her until I pulled up her portrait on my phone to compare.  When I approached her and shared this portrait she was of course surprised and I’m sure uncertain of who I was, then nearly began to cry as she examined the photograph and we began to share memories of this encounter. Sa Mei and I shared stories of our lives the past decade (she has become more fluent in English with the influx of tourism & in fact speaks 4 languages), and we discovered that we were the same age though have led very different lives.  As she walked along the trail with our group I learned she is a grandmother and has a small farm where she lives with her husband and her son and daughter in law and grandchildren.  When she invited our group to join her family for lunch we happily changed our schedule and met her the next day at the trailhead. Sa Mei and her daughter in law guided us along the paths to her village, about an hour walk outside the main tourism trekking areas to a delightful village we would have never discovered on our own. When we arrived we were greeted with a bountiful welcome – the family had gathered the equivalent of a thanksgiving feast including fresh vegetables and poultry from their farm and a freshly slaughtered pig all being cooked by the family on open fire in the middle of their house. Man May Lo cooking lunch for our group inside her home

END_OF_DOCUMENT_TOKEN_TO_BE_REPLACED

“Dance beneath the stars, as you drink in the night…feel the force of nature penetrate your skin, spin with the world as the magic sinks in” Christy Anne Martine.

I’m still feeling the emotions from experiencing the total eclipse on Aug 21, 2017. Words can’t express the energy of the totality, the awe of the diamond ring and solar flares, the surreal glowing of a 360 degree sunset view of Mt. Hood and the vineyards during the 94 seconds of totality. But fortunately we we were able to capture several perspectives with 7 video and photo cameras – telephoto lense close up detail of the stages of the eclipse, wide angle views of the of the crowd & vineyard, and drone views of our group of 100 people hiking from Bethel heights winery past Temperance Hill Vineyard to Cristom’s highest elevation planting, Eileen vineyard. Here, on top of the Eola Hills, we drank wine, ate oysters, and shared a once in a lifetime experience with unobstructed views over the Willamette Valley. 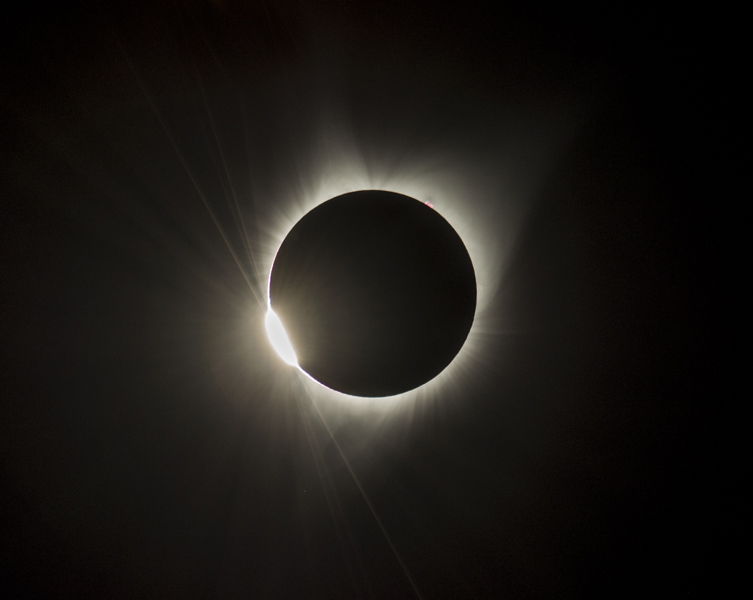 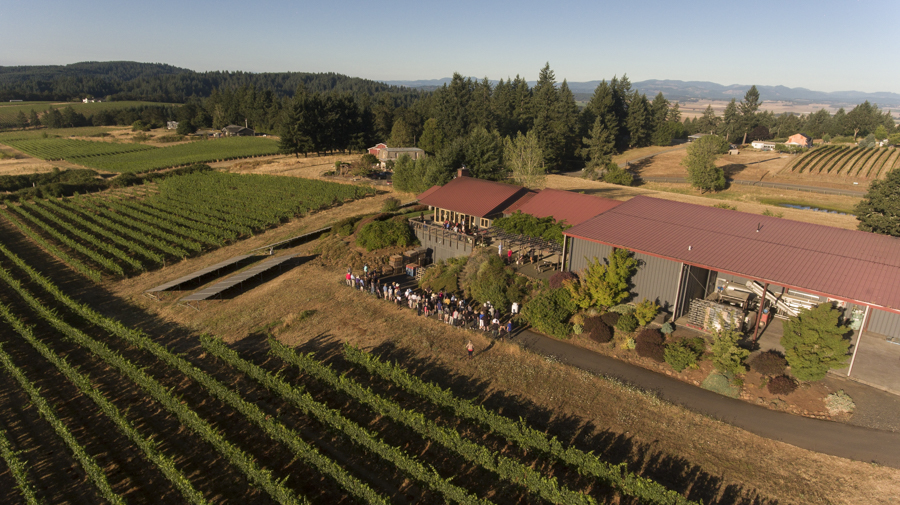 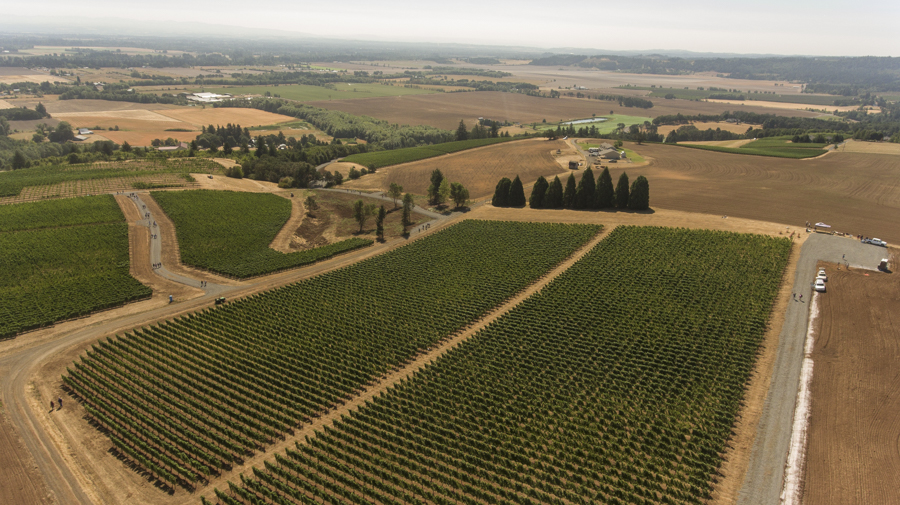 Eclipse viewing event at Cristom’s highest-elevation planting, the Eileen Vineyard with an unobstructed view of the Willamette Valley.

END_OF_DOCUMENT_TOKEN_TO_BE_REPLACED

While I typically focus more on capturing the process of growing and sourcing food on farms, I do love the energy and imagination of working with chefs.  This assignment was especially rewarding, collaborating with three of Oregon’s top chefs to capture three brand new dishes of wild fowl paired with Oregon wine.  A few sneak peak photos, stay tuned for the full story in Oregon Wine Press Sept 2017 cover and feature story…. 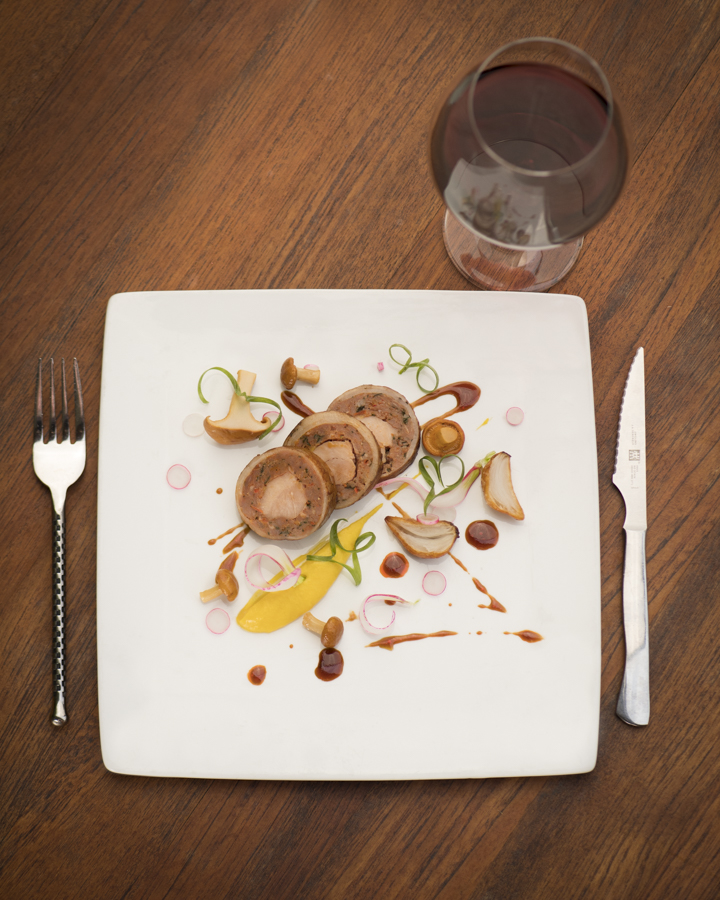 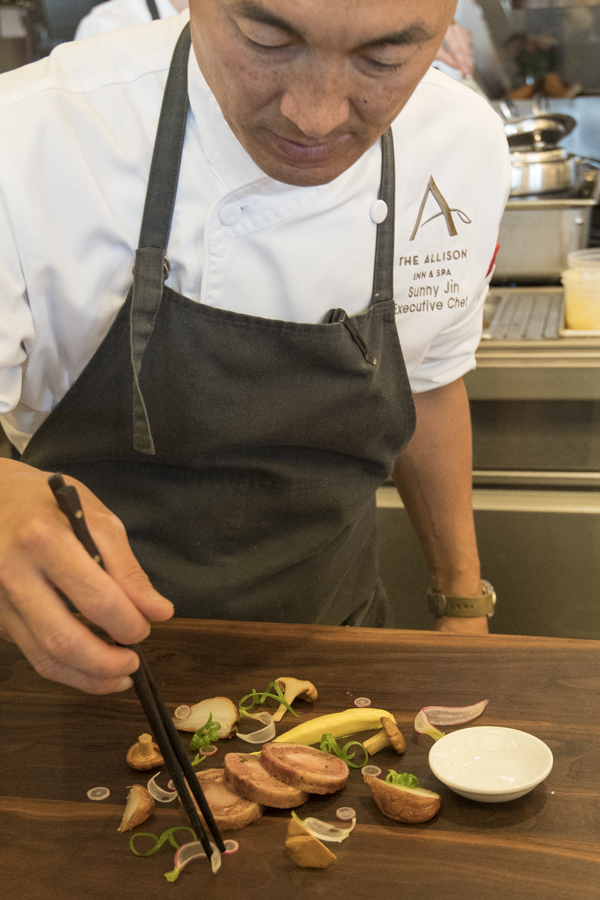 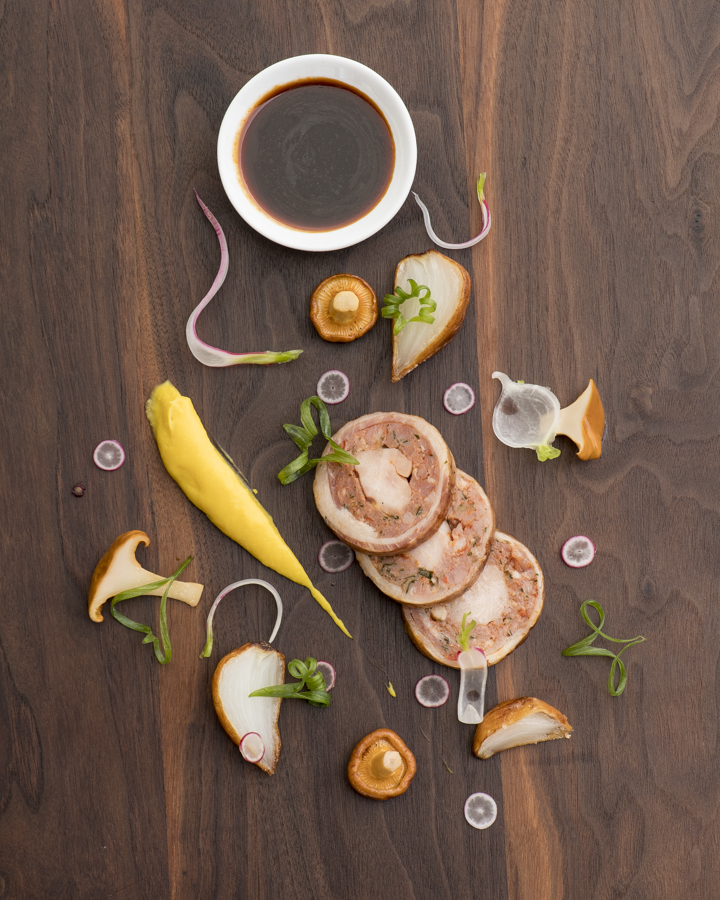 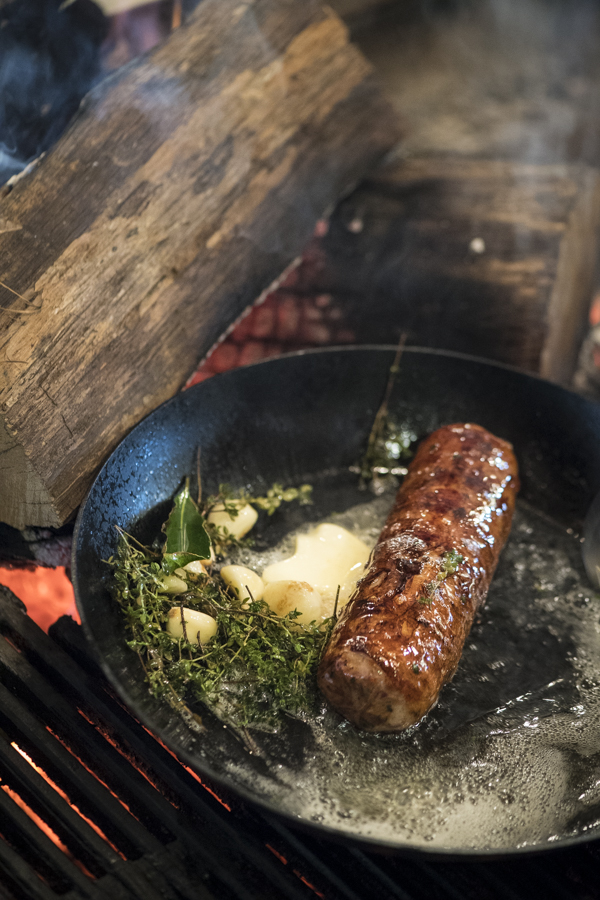 END_OF_DOCUMENT_TOKEN_TO_BE_REPLACED

One of the key lessons I’ve learned in video is that you can never have too much video b-roll to use for projects. Over the past fifteen years I’ve created over 100 photo libraries for wineries, agricultural companies & tourism associations where my background as a photojournalist has helped me craft impactful stories through imagery. More planning is needed to create video b-roll libraries, but the same principles apply – timeless, sense of place, storytelling video clips with compelling visuals to captivate the viewers attention.

When carefully planned, video and photography can be captured on the same shoot; this is especially relevant for events like harvest, spectacular sunsets or sunrises, and lifestyle shoots involving many models and styling where it would be cost prohibitive or impossible to reproduce the same scene on different days. Several cameras can be set up to capture the action from multiple angles, including time-lapse, drone aerials, adding camera motion with a slider or jib, etc, and ideally two shooters work in close tandem with similar aesthetics for each scene.

Here’s a few examples of short video clips that have been used in social media and archive b-roll for larger video stories. Creating effective video b-roll clips is a similar strategy as creating effective photo libraries, which I’ve detailed on a previous blog post linked here –