Cuba, the energy of this place captivated me. The openness of the people, the rhythm of the music and dance, the layers of art, history, and culture. I’ll return, and write more impressions in the future – in the meantime here’s a few photo highlights of my visit in Jan 2016 in Havana, Trinidad, and Viñales leading a photo tour for http://lumariaworkshops.com 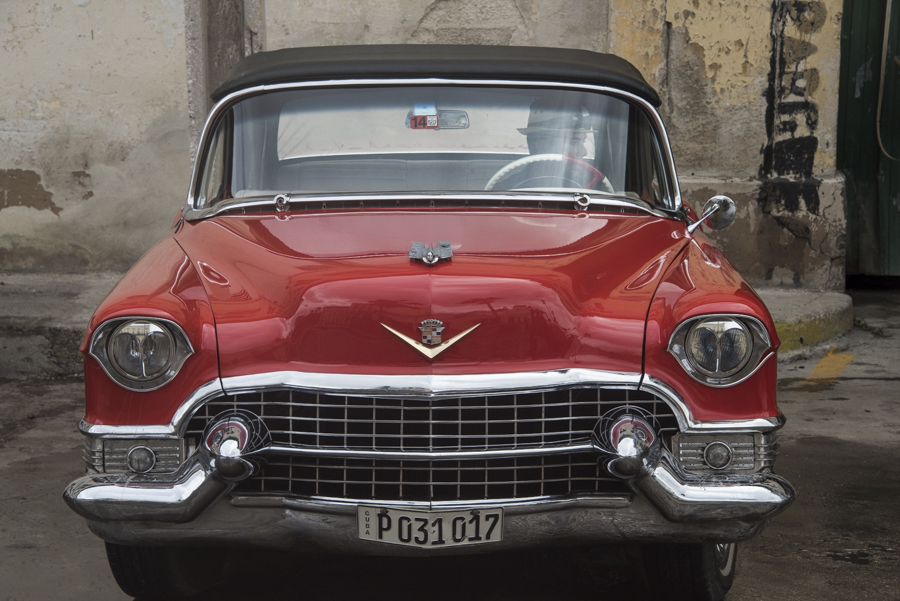 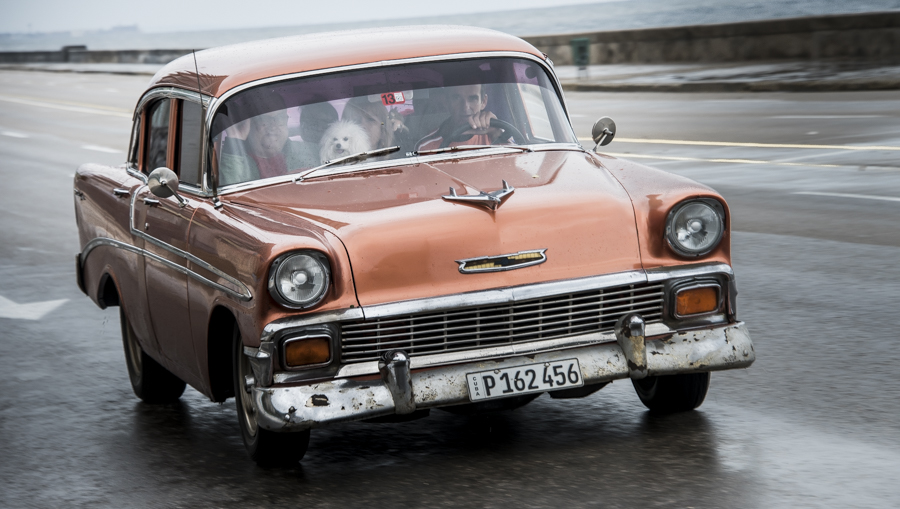 It’s not just tourists in the classic cars. According to Chris Baker’s “Cuba Classics’ book, “About 60,000 cars – one in every eight cars in contemporary Cuba (compared to one in every 400 cars in the USA) – is a pre 1960’s American model.” 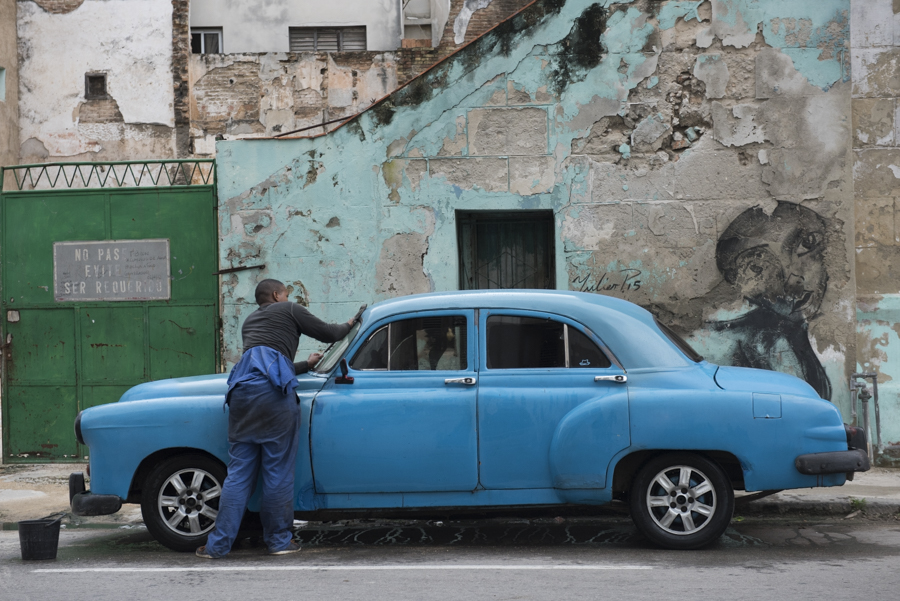 Washing the car in a backstreet of old Havana 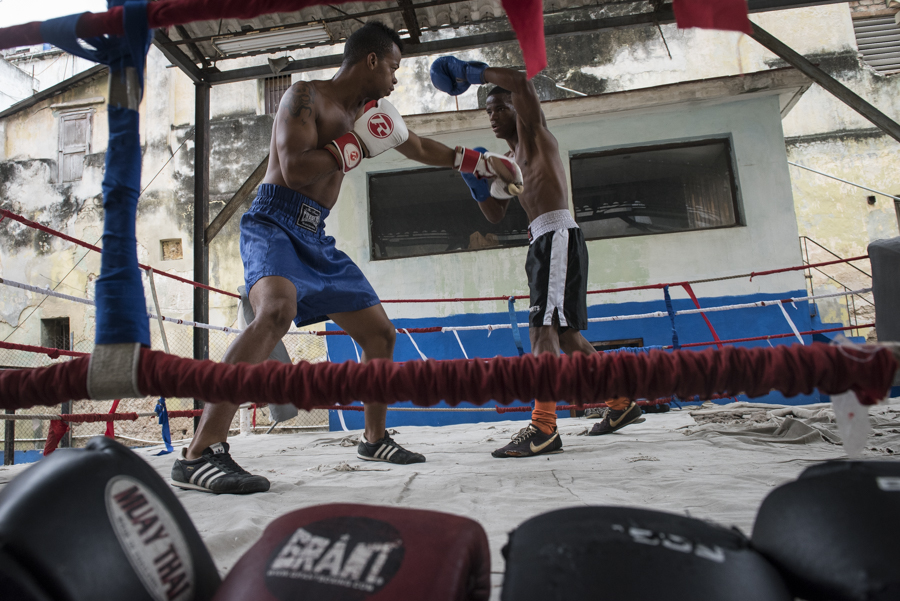 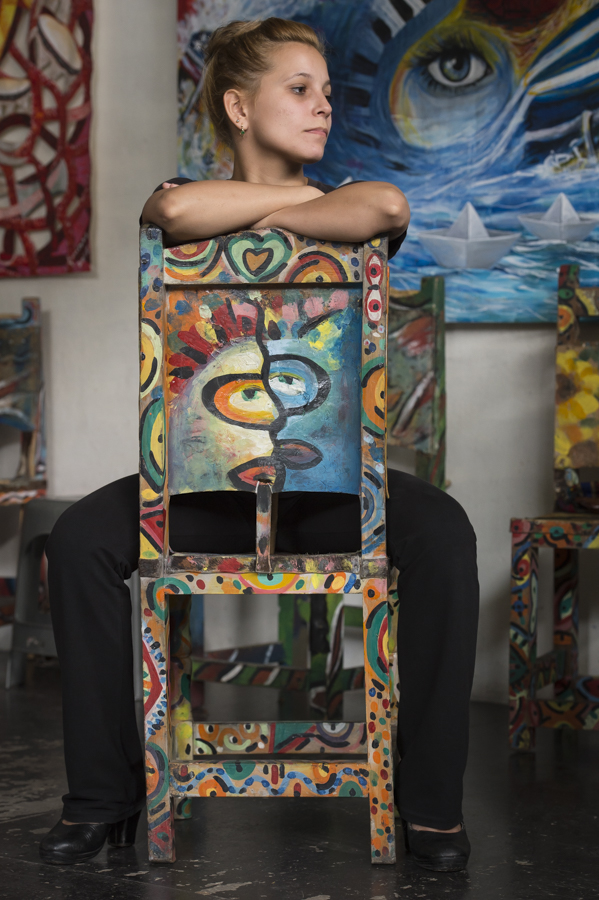 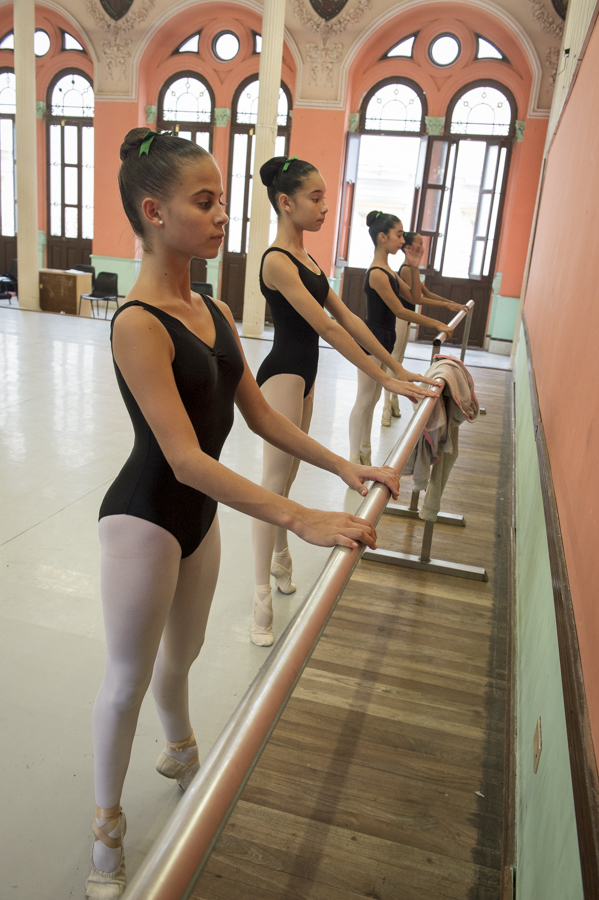 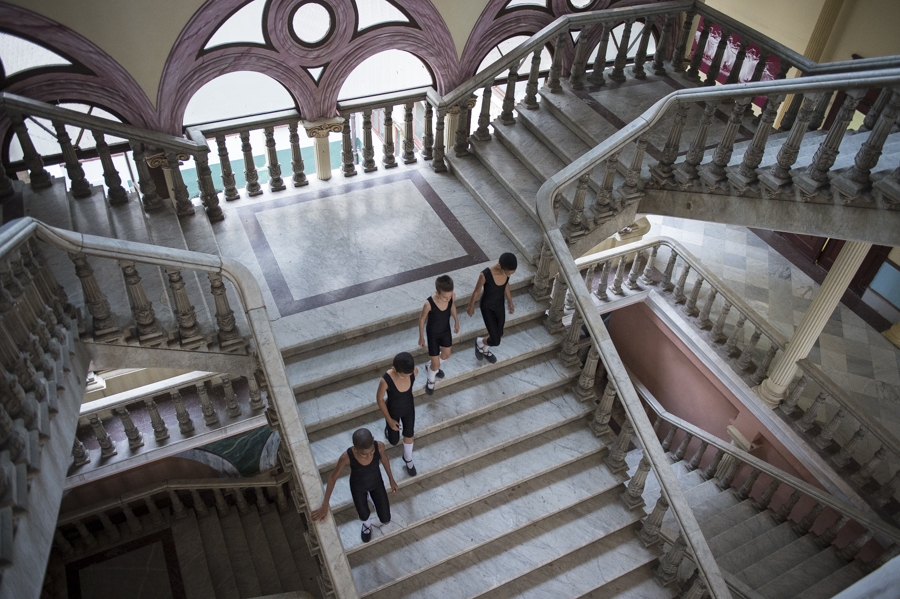 3,000 students practice at the National ballet school in Havana, Cuba – the largest ballet school in the world and one of the most prestigious. We were very fortunate to get access to watch the student practice in this majestic high domed mansion with marble staircases and high domed spaces which recently finished a 2 million dollar renovation. 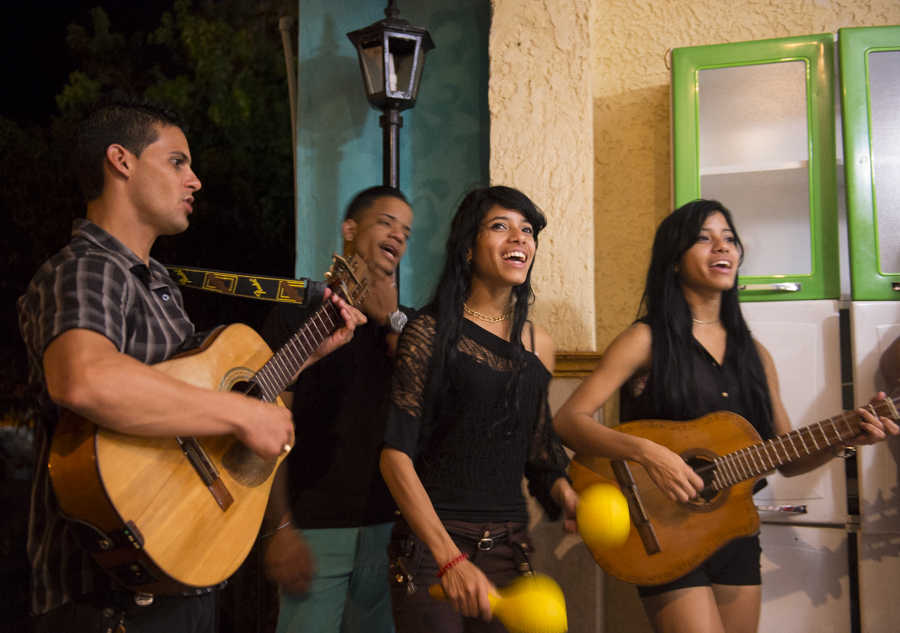 Live traditional salsa music at nearly every restaurant we went to in Trinidad. 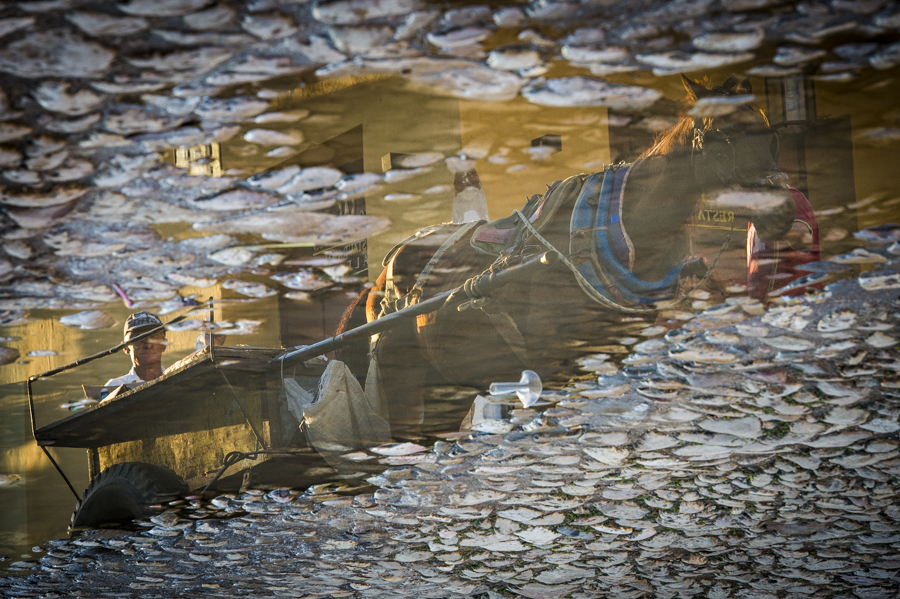 Reflections of horse & carriage in puddle of Trinidad’s cobblestone streets 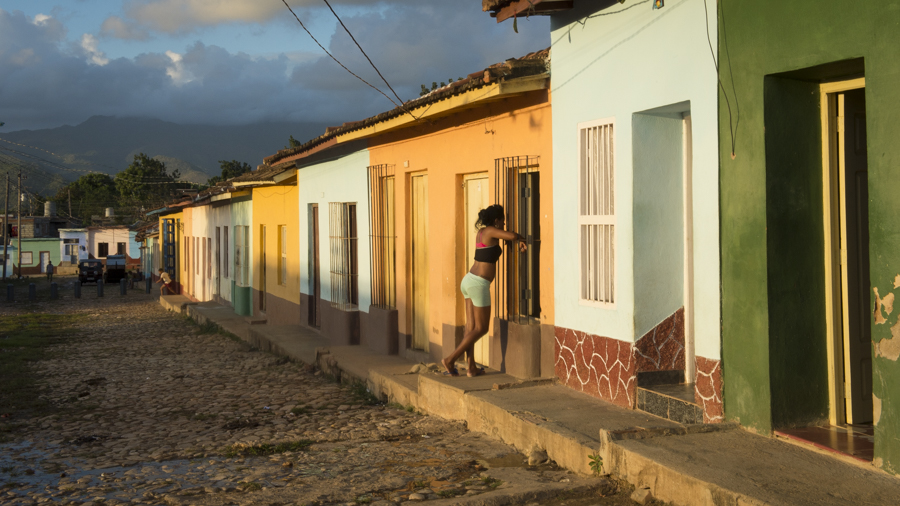 Lazy afternoons on the backstreets of Trinidad 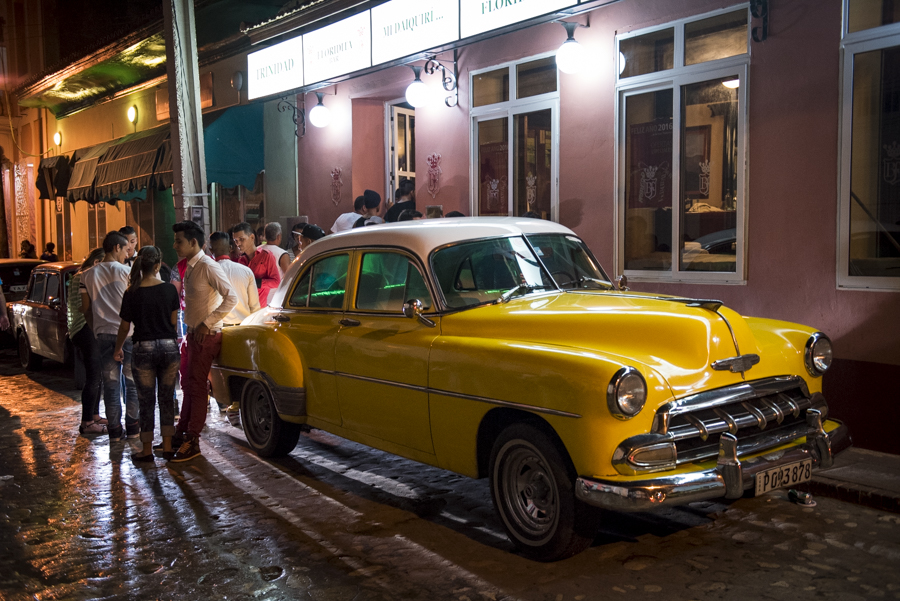 During carnival at Trinidad, the streets are alive with music, dance, and gatherings all night 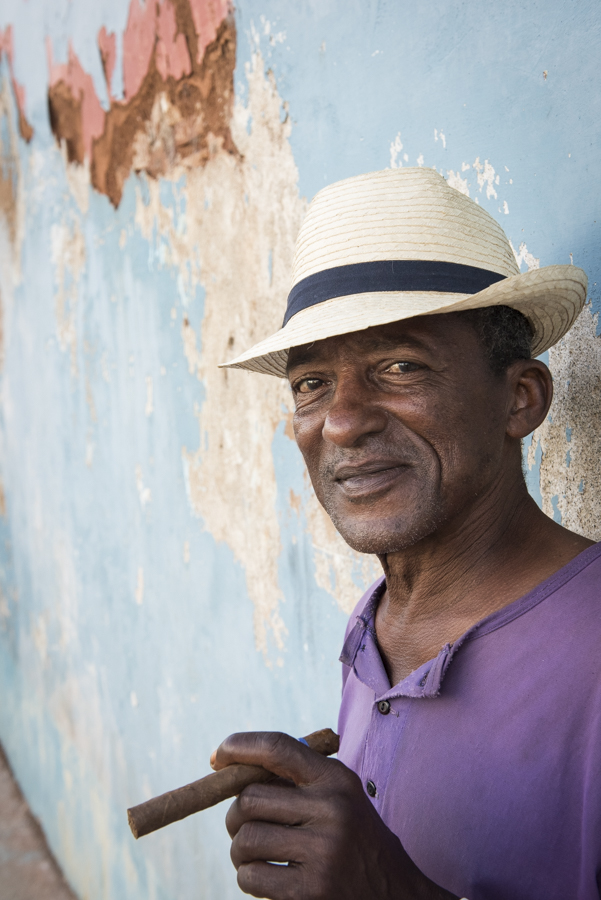 I nicknamed this faded wall near the edges of Trinidad “Peter’s corner”, since I found him here each of the four days I returned. Peter approached me the first day I wondered into this space, fluent in English and eager to speak freely about his ideas of politics and culture. He worked during the day as a High school teacher, and spent early mornings and evenings in these public spaces, chatting with neighbors and tourists. Like nearly all the Cubans I encountered, he is friendly, full of laughter and life and self assured. 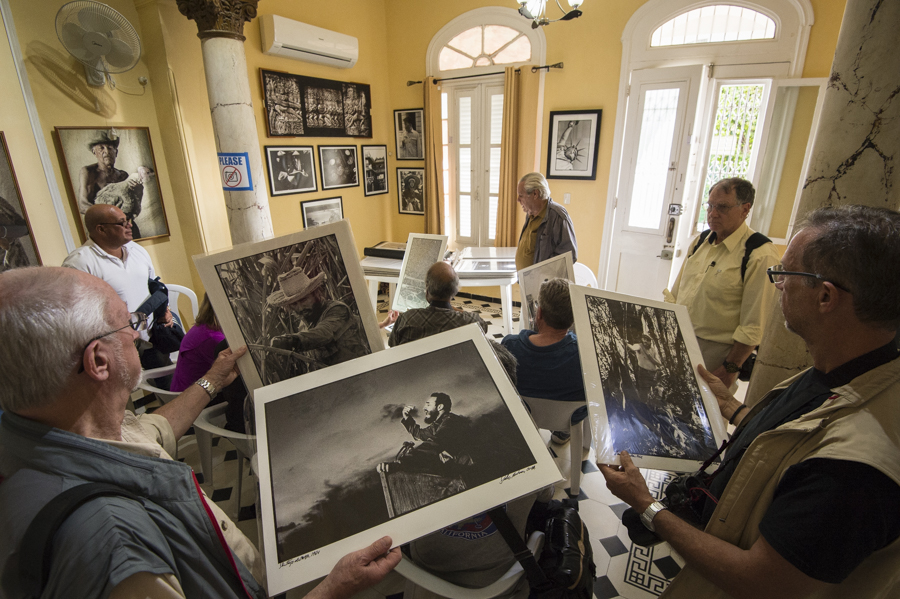 Our group visited the studio of iconic photographer Roberto Salas Meriño who began his career at Life magazine at the age of 16, and two years later moved to Cuba to become an official photographer to Fidel Castro. 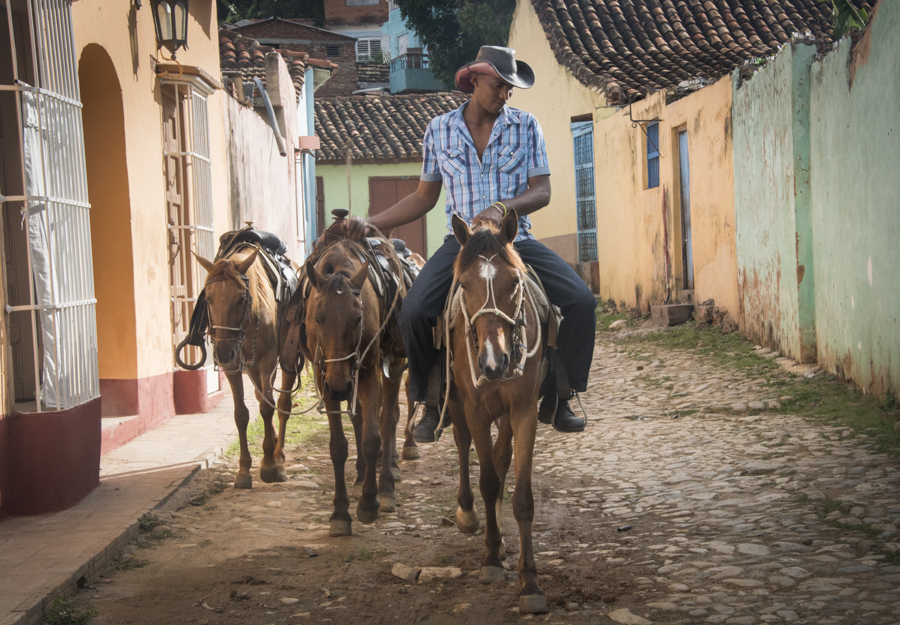 Back streets of Trinidad are filled with horses 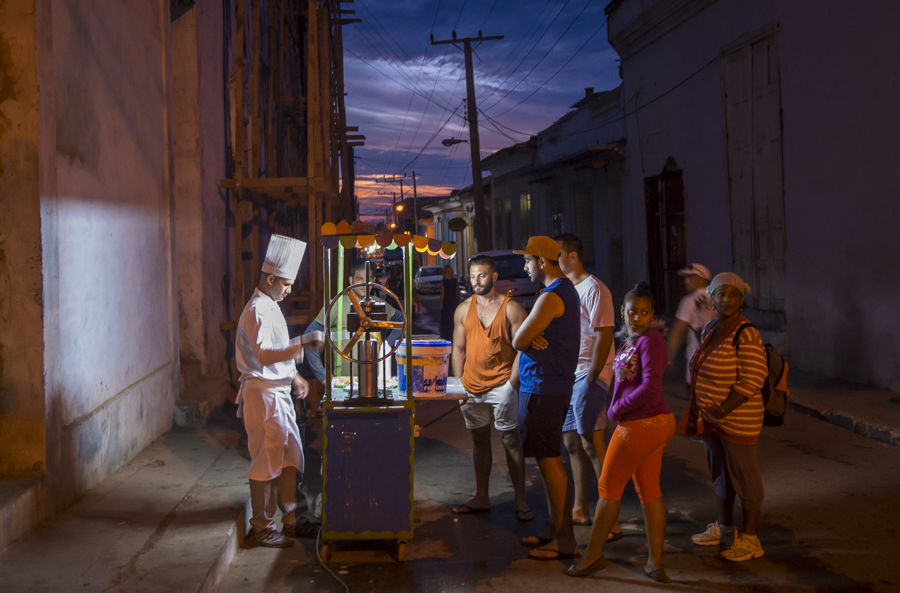 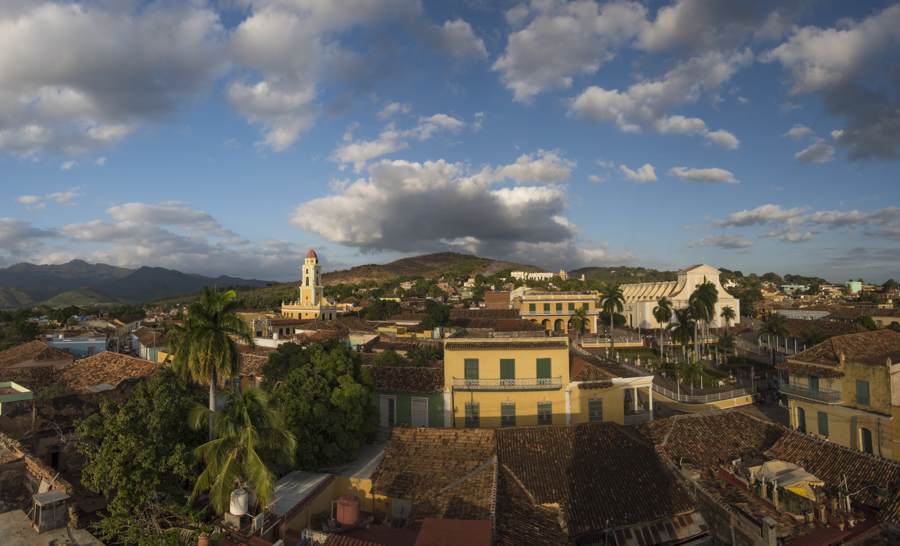 A photographer could get lost for days (and I did!) in the maze of unmarked cobblestone streets paved by river stones and colorful houses that have been preserved since the colonial era, when wealthy merchants of sugar cane trade built colorful, terra cotta roofed neoclassical and baroque homes. A bird’s eye view of charming Trinidad, an Unesco world heritage city founded in 1514 with the Antigua Convento de San Francisco de Asis (Tower and church) in the background. 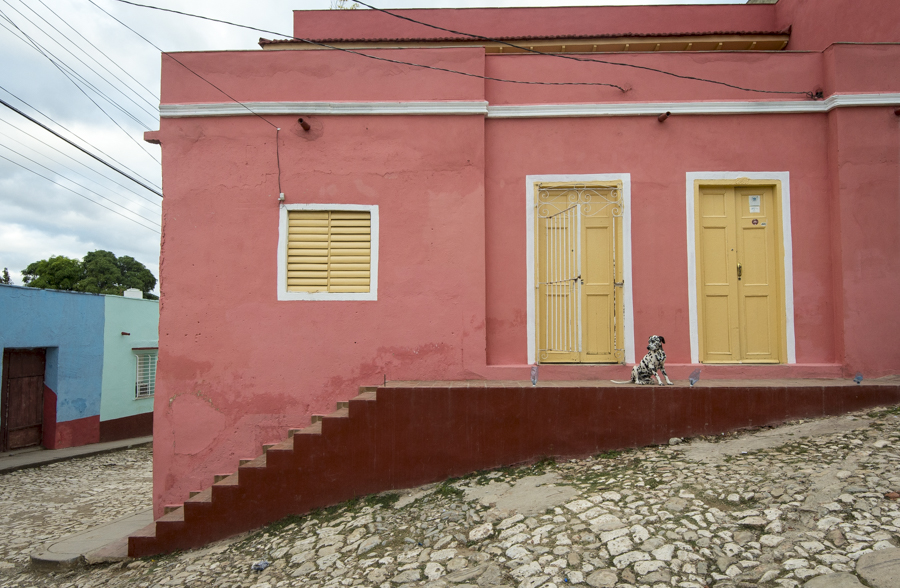 Even on a a cloudy day, the charming cobblestone streets of Trinidad come to life with their colorful geometric patterns. Only in the early mornings were the streets quiet, with just this dalmatian to greet me during my wanderings. 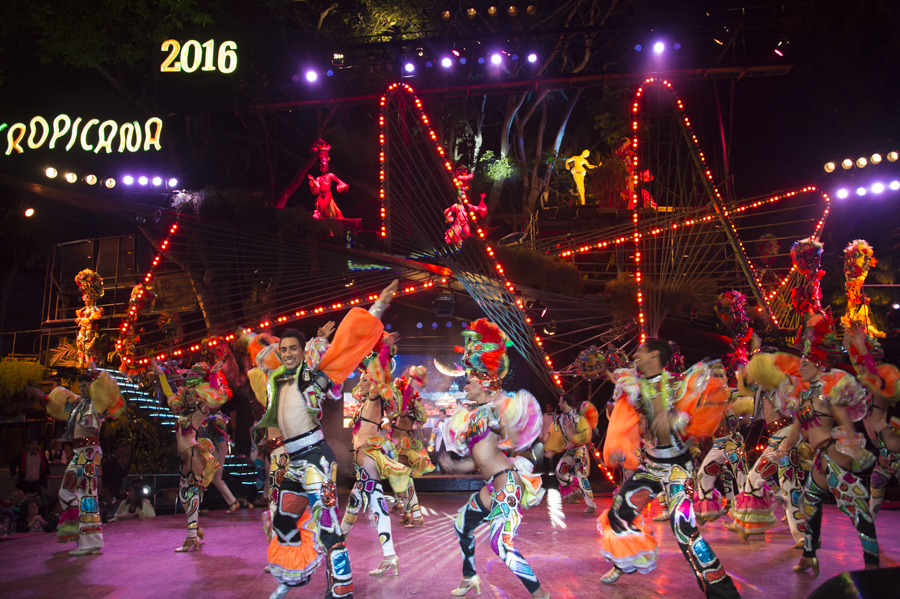 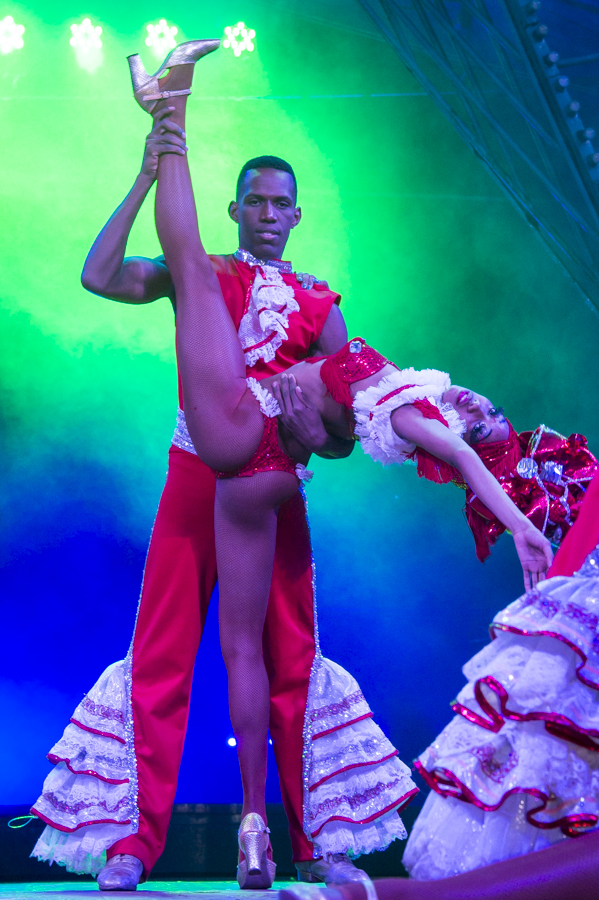 Pedro Scala el Vaquero leads his cattle past his tobacco farm, his 245 acre farm seems dwarfed by size in comparison to the towering limestone mojotes.

A classic car cruises along the windy roads of Viñales Valley (‘Valle de Viñales”), a lush landscape filled with towering mojotes (limestone ‘haystacks’) surrounded by farms & tobacco plantations, one of Cuba’s most spectacular natural landscapes and a UNESCO World Heritage Site since 1999. The valley is only about 7 miles long and three miles wide, with a population of 10,000 – it’s popular for day trips but easy to escape the tourists to rock climb, horseback ride, or visit the farmers scattered throughout the valley

I didn’t even catch his name, though I spent a few hours with him in a small ceramic studio in Pinar del Rio, a town between Valle de Viñales and the largest tobacco growing farms in western Cuba. He was part of an artists collective that hand crafts beautiful pottery pieces I’d seen hanging on a restaurant wall and asked a server for contact information. The plate I purchased which was hand painted for me is lovely, but my favorite memory from the experience was this moment I captured when the artist took a break from work and flashed me this smile.

One of my favorite experiences in Cuba was staying for three nights at the farm house of Pedro & Minerva Scala el Vaquero, Airbnb Hostal Scala en Viñales. The couple couldn’t have been more genuine, gracious, and good humored. Each morning a breakfast of fresh organic fruit and eggs from their farm was served on the back patio with this panoramic view of their tarm and the limestone mojotes. Pedro still farms the nearly 250 acres crops including tobacco, coffee, bananas, mangoes, papaya, chickens, cows, all organically using an ox vs a tractor, traveling between the properties by horse.

Pedro Scala el Vaquero inside a tobacco drying hut. I was fascinated by the similarities of growing tobacco to wine. To do the story justice I’d need to spend a season covering the myriad of meticulous steps to produce 100 million cigars Cuba crafts by hand annually for 27 different brands in 250 different sizes and shapes.

A cigar making demonstration at the tobacco plantation of Alejandro Robaina, home of the Vegas Robina brand . The flavor and aroma of the tobacco is developed from the soil where the plants are grown, like wine – depending on the terroir. This area of Vuelta Abajo near pinar del rio is considered Cuba’s greater tobacco-growing region, where 80% of the raw material for the 100 million cigars that are produced a year in Cuba are grown. The soil is a mix of sandy loam, limestone and quartz, and are grown 100% organically.

Cubans still regularly smoke cigars, and the quality and taste of a fresh properly aged and stored Cuban cigar is second to none in the world.